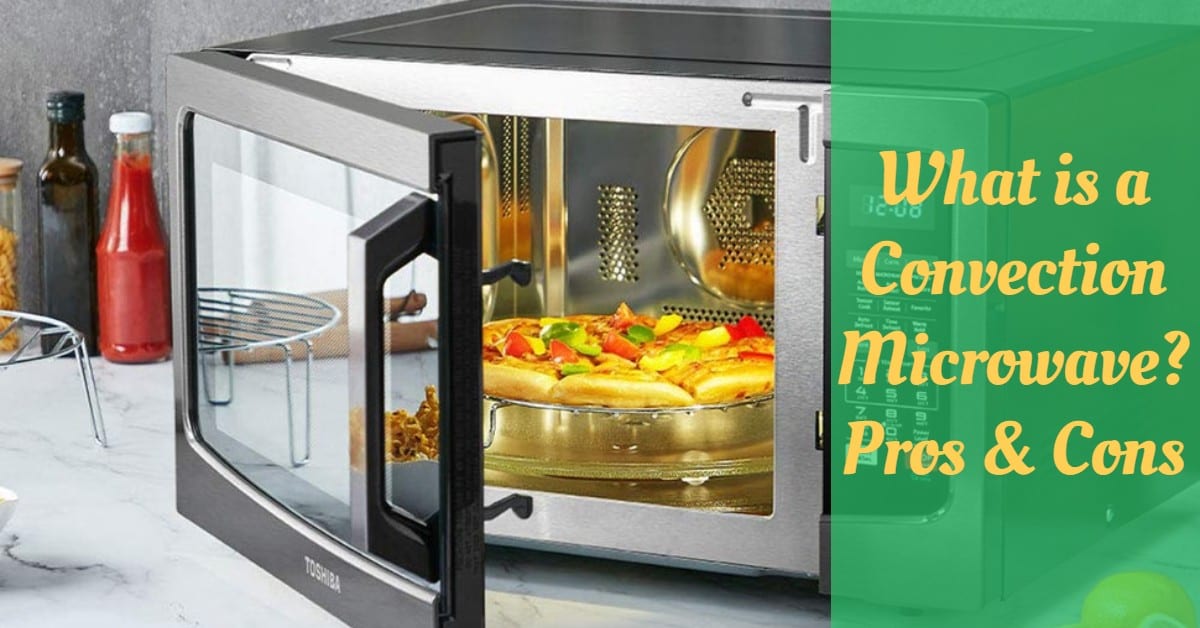 A convection microwave is a multi-tasking cooking gear that contains the traditional features of a microwave, the main of which is heating up and also some features as browning, crisping, and full “cook-through” of a traditional oven. The virtue of this microwave is that instead of heating the food from the inside like a regular one, it also browns and cooks the outside of it.

In a scientific language, regular microwaves emit waves that bounce around until they come in contact with food, causing water molecules to excite and generate heat, which then cooks the food. And the reason why the convection microwave distinguishes from the convection oven is that the latter has actually the fan which makes the air circulation inside the oven that cooks the food inside out.

The convection microwave is much better in this sense – it cooks all the ingredients not too fast and that provides a better quality of it. That’s why you can use convection microwaves to bake and roast things that would otherwise be cooked too quickly (and not thoroughly) with just a regular microwave.

Another good thing about the convectional microwave that it allows you to choose whether you want to utilize it as a regular microwave of an over. You can easily switch up the regimes. When it comes to meats, casseroles and baked goods, users of convection microwaves often heat food using the microwave-only option first and finishing with the convection-only option. 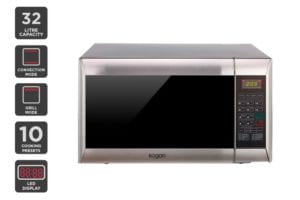 You can also use both modes of the convectional microwave at the same time.

Any person who is planning to buy such microwave for themselves will probably notice that they have a bigger price than regular microwaves and ovens, and that’s logical. But are all the advantages that this gear has been worth it? Or it is easier just go with a normal one?

Well, if you don’t have an oven yet, but you would like to have one, you should better sell your old microwave and buy a convectional one instead of buying the oven as an addition. It will save you money and space. By the way, speaking about the space. Those microwaves are really much more compact than regular ovens even though they have the same functions. Check this article to find out the difference between small and big microwaves.

And if you are into everything roasted then this is definitely your choice. This microwave will bring to these dishes an amazing finishing crisp. Moreover, the convection microwave is a real time-saver. It doesn’t need much time to pre-heat like the regular ovens.

This type of microwave is also great for a small family. They can accommodate a roast or a large pizza. There are models available with two shelf positions for multiple shelf cooking.

However, these are some disadvantages to this product as well. The thing is, convectional microwaves work like ovens but they are still unable to execute all the tasks that a regular oven can do. It means they can bake only a limited number of food. 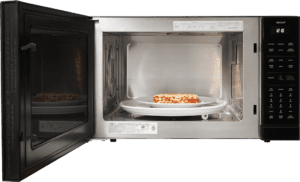 Apart from that, the oven cavity needs to be cleaned after each use as any grease or baked-on residue will be baked on with the next use and be difficult to remove. It also slows down the microwave cooking time as it cooks the residue as well as the intended food.

Moreover, the convectional microwaves can be hard to clean in general, since they have stainless steel interiors. And by the way, imagine cooking the fatty food in the convection microwave. It will probably splash onto its walls, baking on the residue overtime leaving grease marks that are difficult to remove. And it’s not the most pleasant work to do, by the way.

And, lastly, the convection microwave has no bottom element and thus it has limited browning and crisping for any foods that require base cooking such as pastry, pies, and pizza.

Well, to be completely fair at this point, some models do have a crisp plate that helps to brown and crisp the bottom of the food. But still, the result will never be that good as with the oven which has a bottom element. 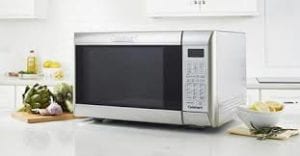 But in general, convection microwave is an extremely useful kitchen tool. They are usually high-technology appliances, with a bunch of cool functions. Many of them are automatic. The time of cooking is adjustable, many microwaves of this type have a function of a delayed start.

What is more, in the most advanced models, there is a function of sensor cooking, when a microwave detects itself, step by step, the stages of food preparation, switching between the temperatures and modes, by measuring vapors emitted during cooking to control the cooking time.

It is very convenient for multi-stage cooking which a convectional microwave is also able to perform. It is a program which allows executing a several step process, such as defrost, cook and then leave to stand. Moreover, those who have children know how dangerous it may be to leave your kids alone with working cooking appliances.

For parents, convection microwaves often have a special deactivate mode, that can be done by pressing a combination of buttons. 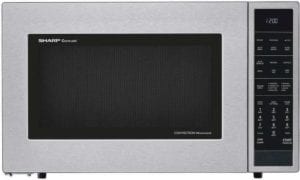 Most of those microwaves have the interior fan, to cool down the interior after cooking. However, some of them, especially in cheaper models, can be quite noisy.

Another type are freestanding models, and for those, you don’t need any extra efforts, even though placing them may be tricky (you have to prepare a space in the kitchen). They cannot be installed by the wall and they need to stand on a stable surface in case of vibration and noise. Also, don’t place any heavy items on the top of the unit.