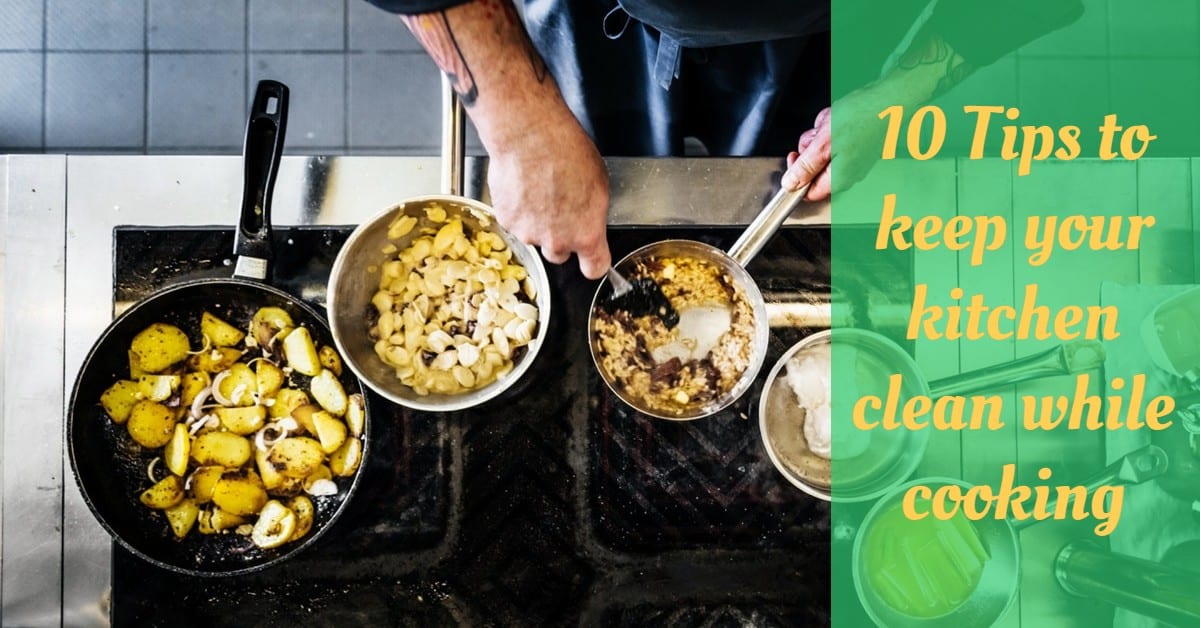 In general, all the people can be divided into two categories – those, who like cooking and who doesn’t. The first find it really exciting to try out new recipes and test their culinary skills. And really, there are so many different dishes from all the cuisines from around the world and life won’t be enough to try them all.

It’s not a secret that the preparation of some culinary masterpieces requires some rare ingredients, a long time and a lot of work. And afterward, your kitchen just looks like it just experienced a war. People may be like cooking, but there are even fewer persons for sure who likes to clean the kitchen after themselves.

And even worse – even the kitchen of those who are not into cooking get dirty and, as usual, no one has the time to clean it right away.

This is the reason for irritation for many of us. Especially, when you are a business person and you have other important things to do. But still, you would prefer to always have your kitchen nice and cleaned. But is this even possible when you are cooking? Well, some people are managing to do that. Let’s see what they know, that we need to know as well. 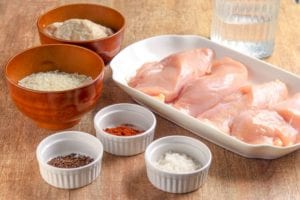 1. It may sound naive and obvious, but plan the dish that you are going to cook and advance and try to measure all the ingredients. Prepare all the cutlery and arrange them in a convenient order so you could always have all the necessary tools in the length of your hand.

2. Use a garbage bowl. Seriously, it will change your life while cooking. And it doesn’t necessarily have to be a separate vessel that you will have to buy. You can use any spacious vessel and put there a bag for the garbage and then place it somewhere nearby from your cooking place.

It is much more convenient than constantly go to your regular trash can trying to compress all the garbage in there. Instead of walking over to the trash can or compost bin with handfuls of peelings or scraps, dropping some in the process, probably, use a bowl on the counter where you work to consolidate all of your cooking waste. 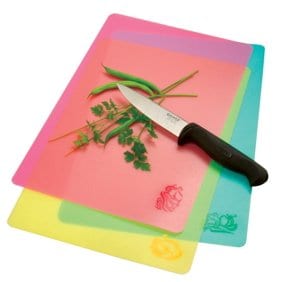 3. Use a cutting board with a flexible cutting matt. You’re probably familiar to a situation when you cut the vegetables or fruits on a huge cutting board and they try to slide this dunch to a pot and around 30 percent of them just falling over the sides? It is really annoying.

The thin, flexible matt on the cooking board will help you to avoid that problem. Just find the one made from the resistant material and you will see that you will no more experience any fallen pieced on the deck or on the floor.

4. Another useful tip is to take the trash can or recycling bin out of the cupboard. It is similar to the second one, but just in this case, you have even more space to get rid of all your garbage immediately.

Just take the recycling bin out of the cupboard and set it right by the counter so I can drop everything in at once as I open it. 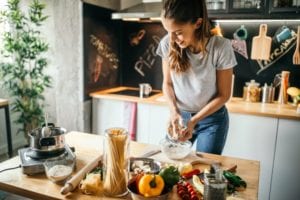 5. Another pretty obvious and naive advice but try to pick up all the pieces from the floor right away as they are falling down. Thus you will avoid stepping on them and squashing, thus avoiding the need to mop the floors afterward.

Even some harsh elements such as pasta – even if they are dropped, don’t wait until you kick it somewhere under the desktop from where it will be impossible to pick it up.

6. Put reusable measuring spoons in a cup or another vessel. From first sight, it may seem like unnecessary contaminating of the dishes and you might not want to get a separate cup for a measuring spoon. However, later you will understand that this way of keeping your measuring spoon is actually much a cleaner way of cooking. 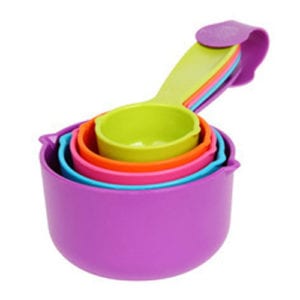 Instead of smudging the liquids on the desk, it will always be in the cup that you can simply wash later or put into the washing machine.

7. The next tip is not to wait until all the remnants of the mass/sauce/liquid will harden in the vessel/bowl/pot and it will take ages to scrub them away. When you are done with preparing something in a vessel, put it under the hot water immediately.

Thus the water will soften the contents and the washing process will take you 2 or 3 times less time than if you would postpone it after you are completely done with the cooking.

It also consolidates your dirty things; instead of having them hanging around the countertops they’re all in one place. On the same note, start cooking with an empty dishwasher.

8. Not a common thing to do, but you can use a splatter screen on the stove. Yes, it may be a little bit expensive and it takes more time to place it on the cooktop in general, but in case you are cooking fatty food, sautéing, or make shallow-frying all those efforts will be rewarded.

Depending on the type of a splatter screen, the difficulty of its cleaning may vary, but in general, it should be easy to remove all the dirt from it later on. That’s why it was made – to make the cleaning process easier.

9. One more thing that you can do in order to keep your kitchen clean and tidy during the cooking process is to fill a bottle of soapy water. Having a bottle full of soapy water makes it more likely to give scummy spots a squirt right away, wiping down the counters on the go, instead of leaving them to get crusted and hard to scrub.

10. And the last one, but never least tip is to cook more slowly in general. You have probably noticed it before – when you’re in a hurry, it’s extremely difficult to keep everything under control. You will make your life so less stressful and easier if you just take some time to concentrate and move slowly.

Get to know more:

How to clean an induction cooktop

How to clean an electric cooktop

Otherwise, it will be hard to keep everything clean even if you are following all the tips listed above. Being slow and deliberate in measuring and chopping, and wiping up in between each step, is probably the most effective way to cook more neatly.

In case you often have no time to cook slowly you can use the food delivery services which deliver packages with all the ingredients for certain dishes (according to your choice) and it one of the greatest time-savers since thus you don’t need to do grocery shopping. You just unpack ingredients, follow the instructions and enjoy your meal.

Another useful tip is to cook in advance. Cooking for the whole week might be tricky since the food may go off, depending on the refrigerator you have, so better do that a couple of times in a week.