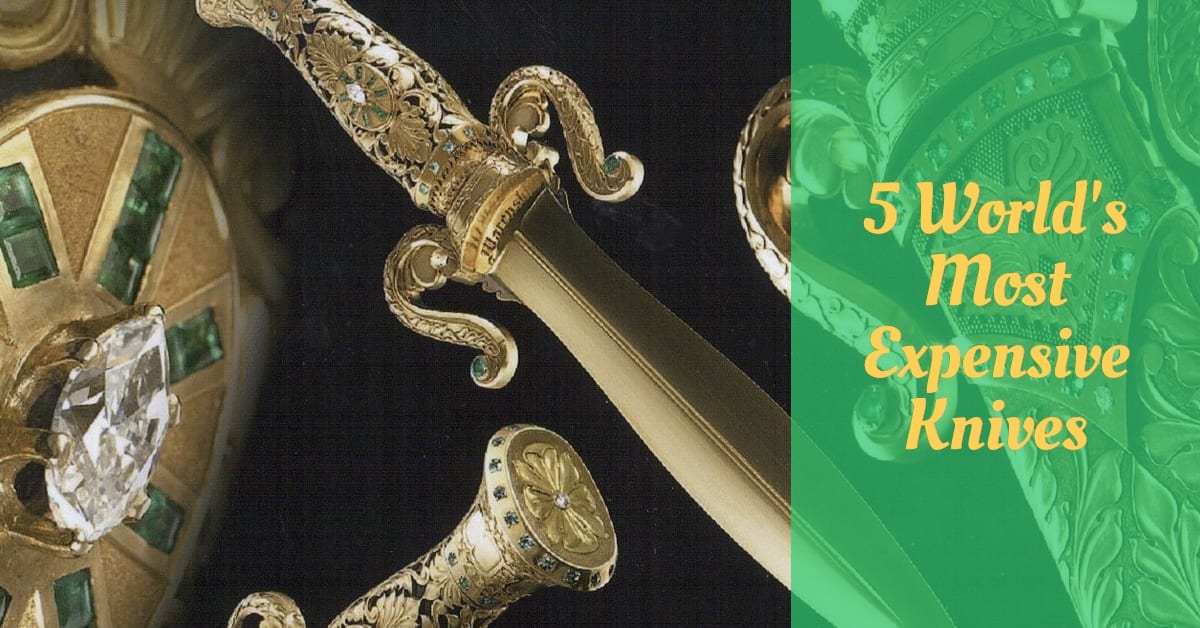 Knives are something that was in the arsenal of even ancient people. It was not always the knife that was used for slicing products and cutting meat and animal skins. In some cases, they were a complete collection, collecting only the most outstanding and unique items. They could be incredibly beautiful and expensive, so they were not used in everyday life.

There are some of the ancient knives that are worth a lot of money nowadays. Their cost is due not only to the materials they are made of but also to the name of the master who made them, the amount of jewelry, the technology of creation and other equally important things.

If you want a special model of knife, you can check these reviews: 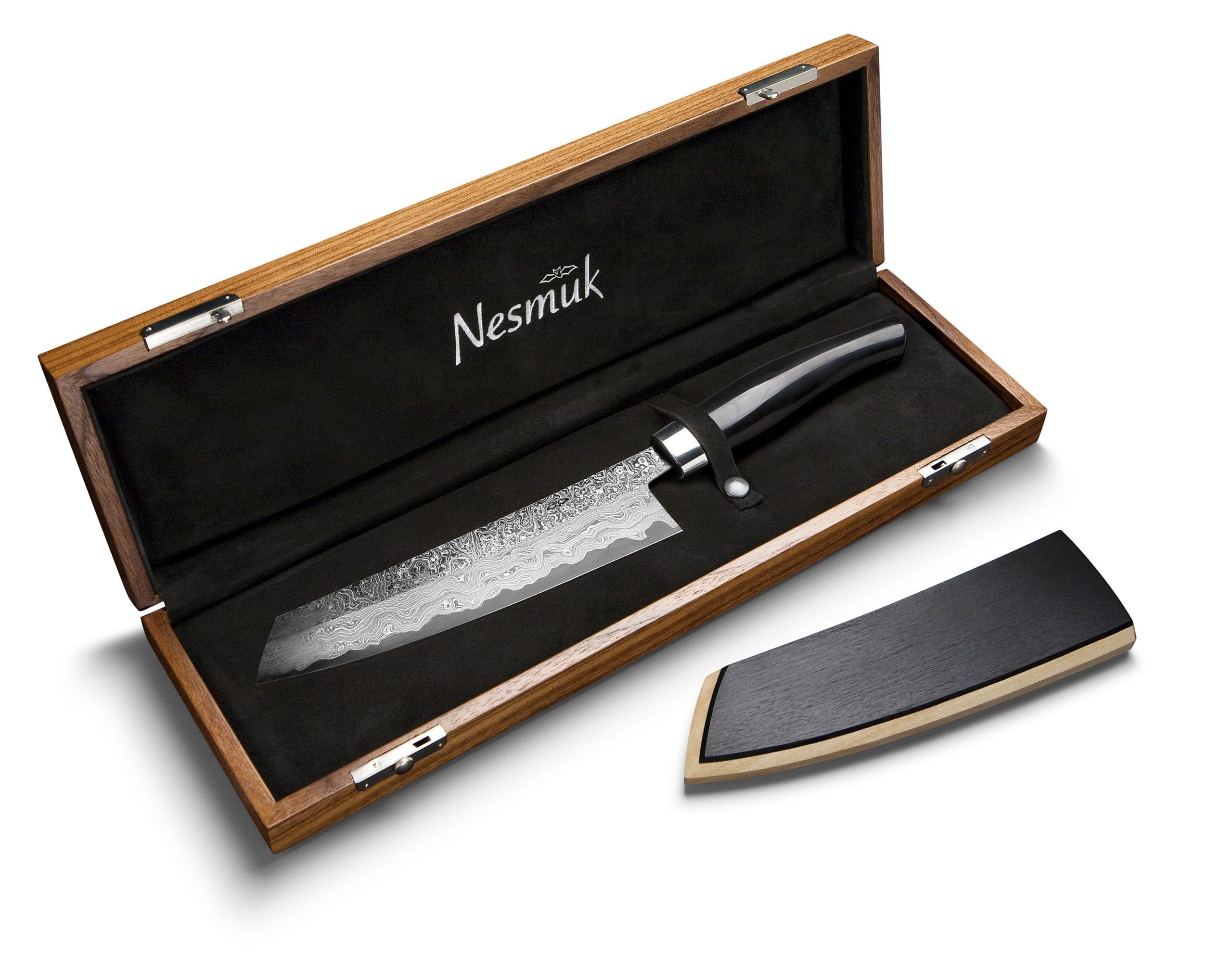 Nesmuk offers you a real work of art expressed as a knife. Not everyone will be able to understand how you can give away $40,000 or more for regular cutlery – but it is really true.

The knife itself is made of high-strength carbon steel, and the entire blade consists of 480 layers. It can be rightly called not only expensive but also incredibly sharp. The cutting edge is covered with titanium and Teflon, which extend the life of the knife.

The basis for the development was the knife Nesmuk Diamond, whose existence dates back to 3.5 thousand years BC. The handle is made of pure silver and includes 8 incrusted diamonds.

A handy grip has been designed for ease of use – although someone is seriously going to use it at home? If you do pay a price and decide to buy this knife, you will receive a ring with a real diamond as a gift. Of course, it is not the most traditional set, but the company has done it this way.

You may also like: 7 Types of sharpening stones compared 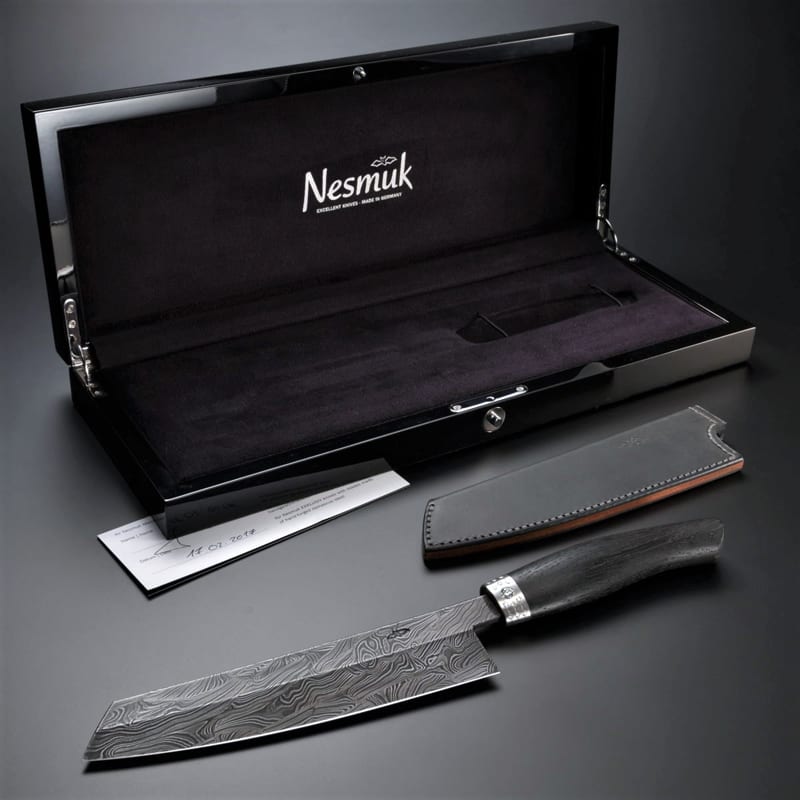 If you thought Nesmuk would stop at $40,000, you were wrong. Nesmuk Jahrhundert Messer is another expensive creation of the masters of the company. Its even higher cost is justified by the unique materials that were involved in its creation.

The blade is made of high-quality Damascus steel. The blade has 640 thinnest layers, which makes it even sharper. The handle is made of moraine oak, which is about 5 thousand years old. There is also a platinum bolster, inlaid with 25 diamonds.

Theoretically, you can even use it for its intended purpose, but we are not sure that such an expensive knife was made for cutting food. The knife itself comes with an elegant case and a case for the blade itself. The appearance is as flawless as the Nesmuk Jahrhundert Messer itself. 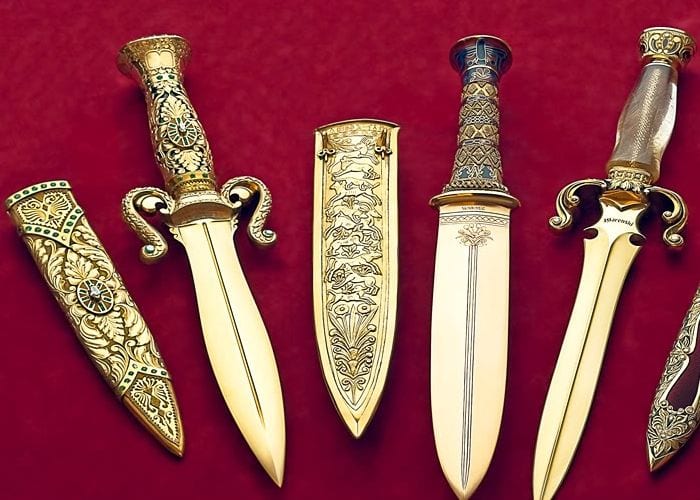 Its author is Buster Varensky, who made many exclusive copies of the weapon. It took about 20 years of painstaking work to produce this dagger. The customer was a Japanese businessman, whose name is still unknown.

The Gem of the Orient is made of gold and decorated with an incredible amount of precious stones. It contains 153 individual emeralds and 9 diamonds. The emeralds are 19 carats in size and the diamonds are 5 carats in size.

But the customer didn’t seem to have enough of that luxury. The dagger is completed with a handle made of jade with golden filigree. Such a dagger will no longer be made, as the master died in 2005. But Gem of the Orient has rightly become one of the most expensive and delightful knives in the world. 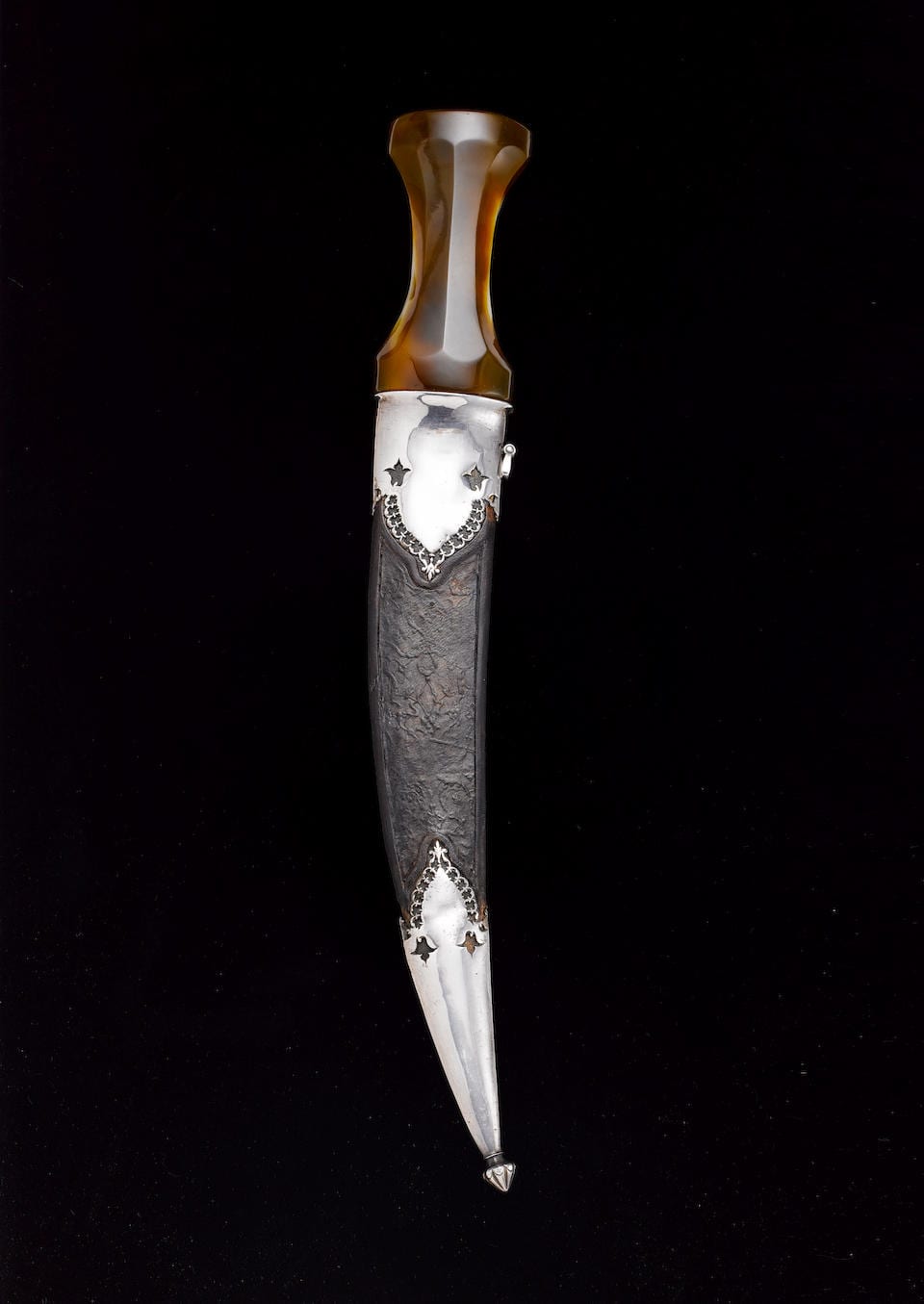 It is clear from the name that this dagger belonged to Shah Jahan. He was an incredibly rich man whose fortune was luxurious, especially by the standards of his time.

In addition to the dagger, he was responsible for the appearance of the Taj Mahal, which became one of the world’s major attractions. It dates back to the 17th century, between 1620 and 1660. For the great Padishah of the Mongol Empire, a special dagger was produced that suited him.

The blade itself is made of steel (according to some reports, it is made of silver). Shah Jahan’s Personal Dagger itself is finished in gold and studded with precious stones.

The case for the dagger looks particularly rich. On its surface, there is an ornament of gemstones. After the discovery of the dagger, it had several owners and every time it was sold, the price was getting higher. At the moment, its value is estimated at 3.3 million dollars. 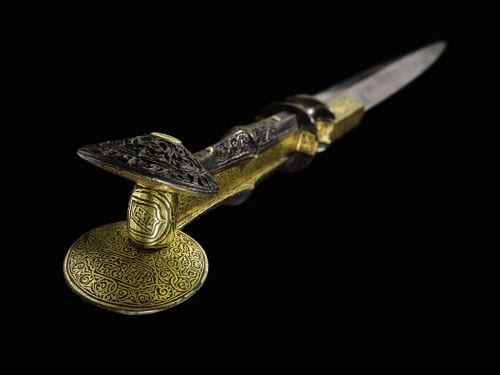 The blade of the dagger is reversible and each side has a central ridge. The length of the whole dagger is 30.3 centimeters. The most interesting is the hilt. It is decorated with overlays of gold, which depict various hunting scenes, seven cartouches, as well as a figure holding a crossbow.

This figure pursues different animals. “Ears”, which are located at the edges, where various inscriptions are also carved. You will see all this splendor if you just look at the handle itself and carefully examine the patterns.

You can also watch the following video if you liked our article:

Of course, you will not cut bread or vegetables with such knives. Although they are called knives, they are not designed to cut or cut food at all. You will simply be pitied to use a knife for such a price!

Their value has not been justified by domestic use for a long time, they are truly complete works of art and value of ancient times. In order to use them in the kitchen in everyday life, you can buy a knife for less than $ 40, and such copies are bought for collections. Such a knife is quite capable of becoming a family heirloom, which will be passed on among relatives for many years and many generations.

You can also check: 11 Tips to use knives like a pro chief